The Fastest Game on Grass

This is generally the first question I encounter, and for many, the name conjures up the urge to crack a joke. But in seriousness, hurling is the greatest sport you've never heard of. Hurling is the fastest and most skillful game to be played on grass. It is also, one of the oldest games. Irish legend holds Cúchulainn himself to have been a hurler, and while it remains contested as to exactly when Hurling was first played, it is widely held that it was well before the birth of Christ.

Contemporized in Ireland, Hurling is an incredibly popular sport and is growing worldwide, including the U.S., with hurling clubs in most of the metropolitan areas. Hurling is played on a field referred to as a 'pitch'. The pitch is larger than a football field, upon which two teams of 15 hurlers make their contest. Each hurler carries a stick called a hurley, and it is their chief objective to use the hurley to strike a small ball, referred to as a 'sliotar', through the goal (3 points) or over the crossbar (1 point) defended by the opposing team, while preventing them from doing the converse. To prevail, the hurler must combine the conditioning and skill of lacrosse, baseball and hockey into one sport. Yet to have fun, the hurler needs to merely show up with a good attitude. 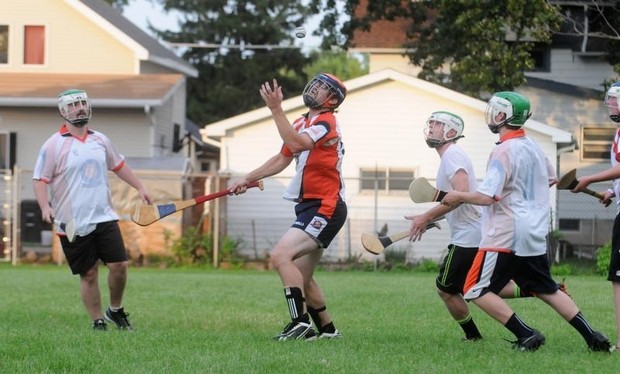 We're a co-ed club dedicated to the advancement of the sport of hurling in America. We welcome all skill levels and all people who want to learn more about this fantastic sport! We're based out of Appleton, Wisconsin, drawing our membership from the greater Fox River area from Oshkosh to Green Bay.

Located in Appleton, McFleshman’s is family owned and operated. We built the brewery and taproom ourselves, with the help of several local trades. We brew our beer onsite in our Czech Republic built brew house and serve it in our British-style taproom year round and German-style Beergarden during the warmer months. Our specialties are British Ales and German Lagers.

Located in DePere, We are Known for the best chili and burgers in Green Bay and DePere, Wisconsin.
2015 Winner of Best of The Bay (Soup/Chili Category).